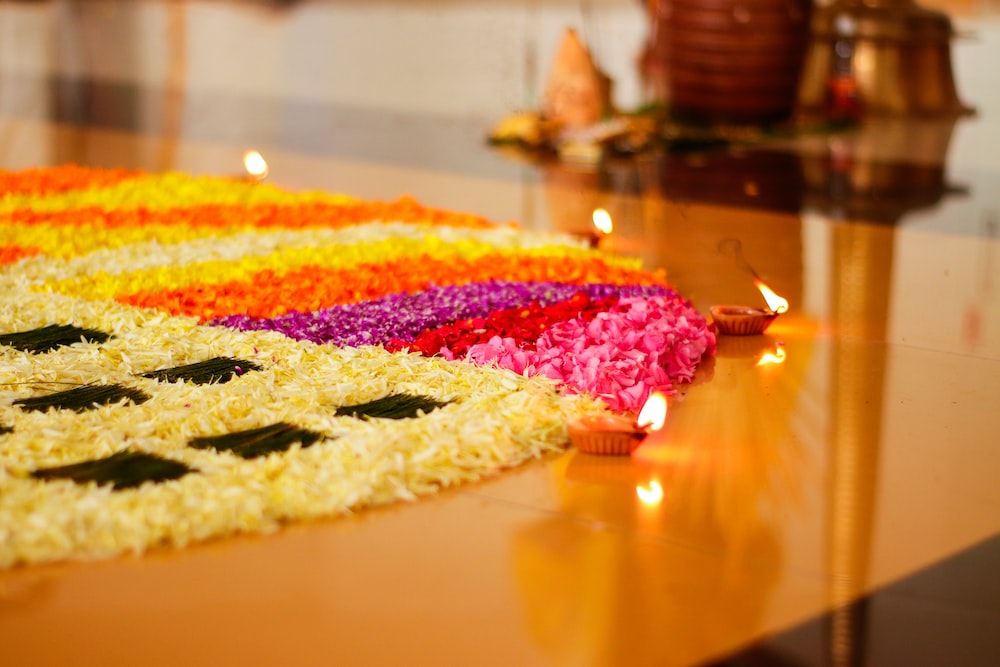 Onam commemorates the homecoming of the great Asura-King Maha Bali, from Patala Loka.

Maha Bali, the grandson of Prahalada, was a strong and learned king who respected knowledge. Maha Bali defeated the gods and took over the three worlds. This made gods resent him and urge Lord Vishnu to help them in their fight against the demon king. Once, Maha Bali was performing a yajna, when a short, young, radiant boy entered the yajnashala. Maha Bali, as was the custom, welcomed this radiant youngster and asked him what he wanted. The young boy requested that much space, as could be measured by three footsteps of his.

Maha Bali agreed at once to the chagrin of his Guru Shukracharya who cautioned him that the guest was none other than Lord Vishnu Himself.

As the legend goes, no sooner were the three footsteps granted, Vamana assumed a gigantic form known as Trivikrama. Then with the first step of his foot, he measured the whole earth and with the second step of his foot, he measured the entire sky. These two steps covered the whole of Maha Bali’s kingdom, the Earth and the sky. Vamana then asked the king where he should place his third step.

King Maha Bali, the grandson of the greatest of the Lord’s devotees, joyfully offered his head for the third step in utter devotion and surrender.

The Lord recognising his attitude of surrender blessed him and sent him to Pathala with a promise of making him Indra in the next Manvanthara and that He Himself would guard the gates of Pathala.

Acceding to the request of Maha Bali, Vishnu granted Maha Bali permission to return to his kingdom from Pathala, once every year, to be in the midst of his people. This day is celebrated as the Onam festival.