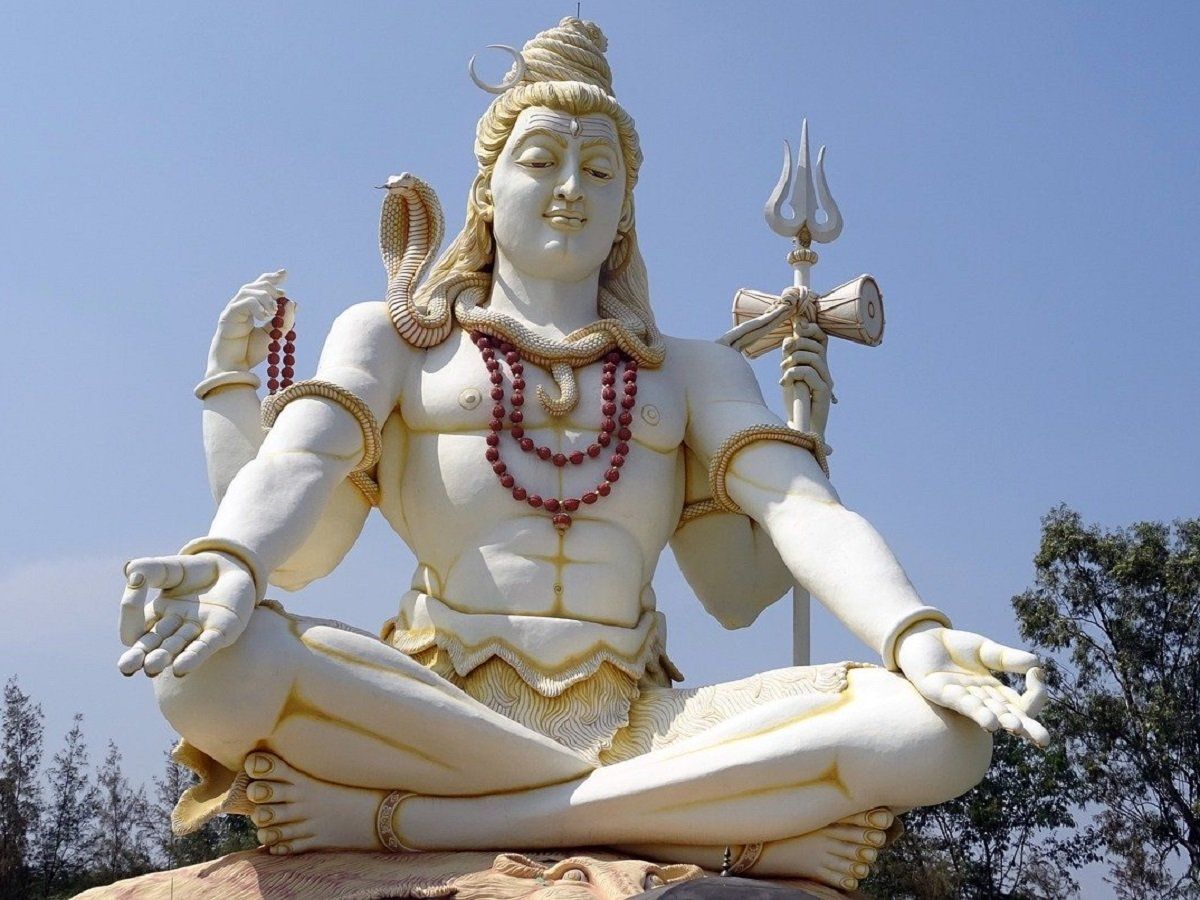 According to a legend in Shiva Purana, two of the triads of Hindu Gods – Lord Brahma and Lord Vishnu – were fighting to establish superiority amongst them. Horrified at the intensity of this battle, the other gods requested Lord Shiva to intervene and make them realise the futility of this skirmish. Shiva assumed the form of a huge column of fire between Brahma and Vishnu. The latter Gods decided to find the pinnacle of the fire column. Lord Brahma assumed the form of a swan and flew upwards while Lord Vishnu took the form of Varaha (the avatar of the Hindu god Vishnu in the form of a boar) and went inside the Earth. As light is limitless, neither Brahma nor Vishnu could reach the end despite their tedious search.

During his journey, Lord Brahma came across a Ketaki flower wafting down slowly. When asked where she came from, the flower replied that she had been offered at the top of the fire column. Lord Brahma decided to end his search and take the flower as witness. This infuriated Shiva who then punished Brahma for lying and cursed him that no one would ever pray to him. Till date, there is only one temple dedicated to him, the Pushkar temple in Ajmer, Rajasthan. As the Ketaki flower had testified falsely, she too was banned from being used as an offering for any worship. Since Lord Shiva helped pacify the Gods, Maha Shivaratri is celebrated in his honour.